I was afraid that today was going to be another day of perpetual lows. Yesterday I felt like I was going to pass out for half of the day, but thankfully today was the opposite. In some cases, the complete opposite.

The start of the day was good enough, waking up in the low 100s and even before lunch I was at 91. Oddly enough, after lunch and a walk (a lunch, I might add, that was exactly the same as the one I had less than a week ago) my sugar jumped to 156. Within a few hours it had plummeted back down to 71 before I ate dinner. It was such a wild swing that I was visibly shaking.

For our dinner tonight, for various reasons, we had to do a free-for-all. I couldn’t really find anything to eat, but eventually settled on some chicken nuggets. They were only 15 carbs for five and while the fat was a little high, I figured I could manage. 15 nuggets for 45 carbs, plus some milk and a very small dessert, how could I go wrong? If my carb count was right, I was around 70 carbs.

Turns out I was a bit off: 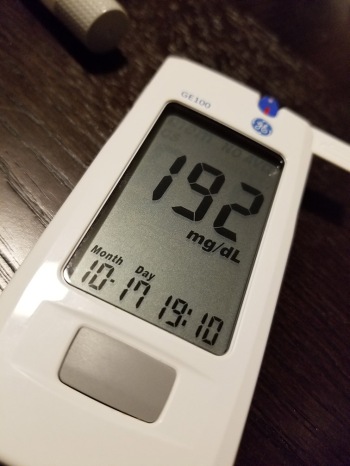 Well, you know what they say… oops. The good news is that I have a headache now. Thankfully I’m not going to be going into DKA anytime soon with these numbers, but damn that was a shock.

Speaking of dinner, I made my wife Cream of Mushroom soup tonight. At one point, while making my boys dinner, I neglected the soup for a few minutes and it burned slightly at the bottom of the pot. The cool thing is that the pot I used is one of those Red Copper pots, and supposedly they don’t let burn the food as much as you can on regular pans.

That’s partially correct. It still burned the soup at the bottom of the pot, but she couldn’t taste it. Or if she could, she didn’t say anything.

Whatever, my point is that I made this really cool design at the bottom of my pot. It almost looks like a snake skin. Or burnt milk, whichever. 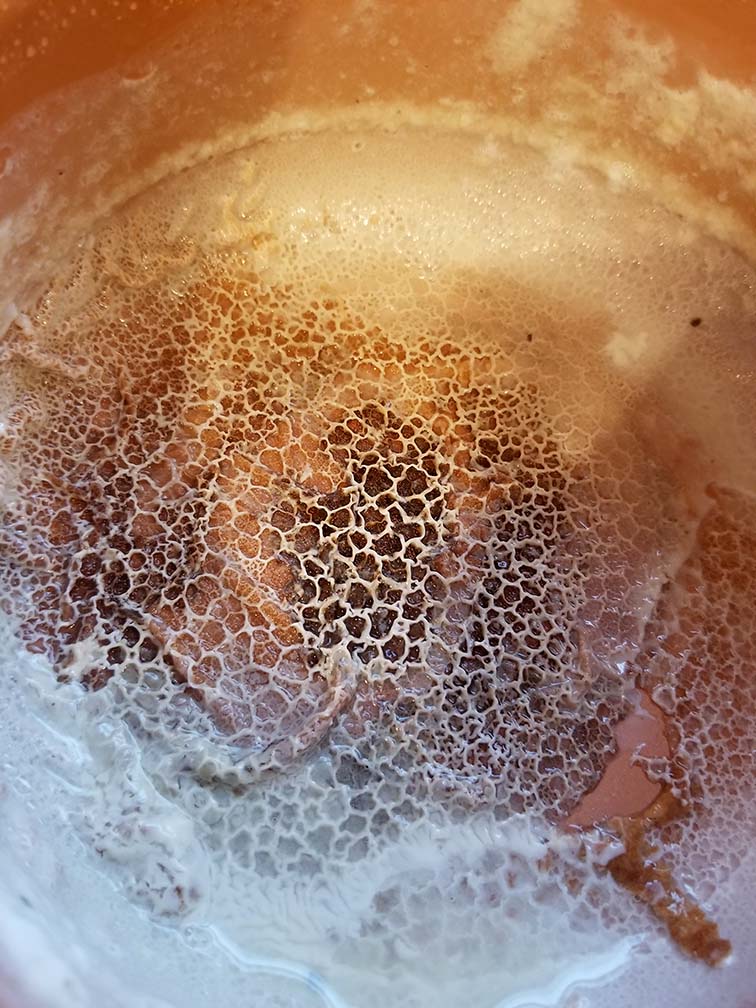